The Spirit of Water 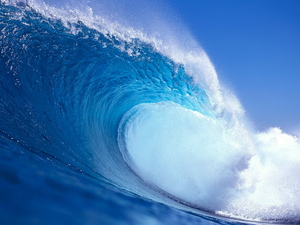 Article 2008-2021©Brian T Collins All Rights Reserved ab initio
Water is life.
Without it there would be no organic plant or animal life on earth. Cellular life evolved in a watery medium billions of years ago into the plant and animal kingdoms. Cells are dependent on water molecules to keep their  structure stable, inflated and elastic.

Without water molecules cells would dehydrate and deteriorate causing lethargy weakness and in extreme cases  death of the organism. Water molecules are also involved in many of the biochemical reactions that occur within cells. Cytoplasm (a yoke like substance) for  example relies on water molecules to remain a viscous membrane that maintains the shape of the cell.
This membrane relies on good water to transfer nutrients, maintain temperature, cleanse and detoxify the inner contents of the cell.
More than just the material worldview clinical and chemical scientific functions for all plant and animal life on earth, from a metaphysical perspective, water may appear to have a type of rudimentary intelligence of it’s own.
It tries to remain neutral but mimics the structure of other forms it comes in contact with, It can tunnel through mountains, leech through the earth seeking minerals, carve the landscape in glacial form or forge abundant ecosystems.
Water can amazingly alter and transmute states from a solid to liquid to a gas and back again. Despite being the most studied phenomenon on earth, not much is known about the forces behind water.
Water seems to be able to carry memory and change it’s structure and bond angle according to the direct impact of the environment around it. It has memory, dielectric charge and remembers and can mimic.
Water will retain the memory of the direct environment surrounding it.  This is the origin of the methods of homeopathy which can by method of dilution, reduce a poison from harmful into helpful when water mimics the substance without the poisonous content.
If memory appears to be communicated through water,  our cells from a metaphysical perspective may appear as an entire global population within the body interacting in a chorus of harmonic frequency with one another through water.
This author speculates that we have touch and recall of memory not from electrical impulses traveling though nerves to the brain but instead, by means of impulses transmitted by the oscillation of frequency via water to the DNA of the nerve fiber micro-tubulin network which may possibly superimpose memory upon the bodies tissues.
Memory of a trauma or injury may be stored at the cellular level which may explain why under engramatic repeated conditions, the pain of a trauma or injury may be experienced under certain environmental conditions, similar to the original conditions under which the trauma was experience.
Post Traumatic Stress Disorder may be possibly released by means of releasing the original stress imprinted on the cell receptor membranes. This can possibly be achieved through water, as water is the main ingredient that may clean the cell receptors of acidic toxins.  There is a special nano layer to the top of water known as exclusion zone and it’s this special layer that I found can be reprogrammable when I used to experiment with plant growth.

We may be able to sense the environment by the imprinting of intention through the water upon the cellular membrane structure of the wave-particles of the body. If water is withdrawn from the organism the ability to feel and sense is lost. However the imprint of water memory on the body still remains holographic independent of space-time.
Russian experiments have shown that DNA leaves an energetic imprint on a local area long after it has been removed from the physical location that it previously occupied.
This offers a possible speculation to explain the phenomenon known as phantom limb. Amputees commonly report sensation of an amputated limb regardless of the physical absence of the limb itself.

In [2009], I conducted a consented “A posteriori” private non-invasive, non-threatening study with an amputee to attempt a stimulated sensation of the phantom limb phenomena through frequency in conjunction with weak gauss north pole magnetic fields.
After the application, I placed my hands where the limb used to be and with accurate results reported by the subject, the amputee was able to describe the exact stimulation point upon the phantom limb phenomenon, despite the material fact the physical limb was removed over a year prior to the consented non-evasive A posteriori study.
As this defies the rigid parameters of materialistic commercial science, such a study cannot be accepted currently as an A posteriory observation due to the fallacy of A priory referenced commercial based scientism.
I was first introduced in the magnetic potential healing powers and independent crystal research by the late Les Brown. A colleague of mine whom had worked with Les tried to save volumes of his notes but was too late to protect his findings from the estate sale.
Most of his notes disappeared, save only a few that I am privy to, from which my colleague guards with care.
Unfortunately this happens time after time to any independent A posteriori experiment that has not been qualified first as A priory referenced publications, thus labeling any independent discoveries as pseudo science. I invite both academic scientists and independent scientists to investigate these types phenomena further in empirical co-operative A posteriori study. Please report back your findings.

Water as a Spiritual Medium

Water as a medium of message for spiritual purposes has been used since the beginning of time.
Many cultures throughout history have used water as a central collective focus of significant ritual and religious practice. As the power of intention seems to play an integral role in the memory and structure of water, we can see that water as a mimic can take on the intention of the one in penitence.
Water has become a main focus of healing arts and many millions of people make such pilgrimage to sacred healing springs around the world yearly. Although there is no materialistic worldview proof of miracles or healing via water, people since the dawn of antiquity have used water in ceremony, prayer and spiritual practice.
One of the most famous healing springs is Lourdes in France which became famous from the alleged sightings of an apparition that were witnessed several times by a young girl named Bernadette Soubirous in 1858, which led to her uncovering a spring. later the church labeled the sightings as the “virgin Mary” And this point became the pilgrimage of millions today. The Water of this spring is insignificant as mineral content goes however the sheer volume of power of intention is the key at work to the belief of changing water into a miracle of water.

Original article from the site before it was hacked:
WAYBACK SOURCE HERE: